Our company began processing of sunflower in oil in 2009. Establishment of the first butter factory was completed with a total processing capacity of 35,000 tons, which made us not only the experienced producers of raw materials, but also added the status of the processor. In 2012 the plant, which was named “Maslopressovy”, was modified, which allowed us to carry out in-depth processing from raw oil to refined. The next step in 2013 was the registration of a trademark for retail trade.

In 2016, the owners of the company decided to build a modern plant, called “Extracting Plant”, the construction of which was based on the latest technology. According to the suppliers’ assurance, the new plant of the Agroliga Group will not be equal among all existing and operating plants in Ukraine. In the village New Vodolaga, Kharkiv region, a separate plot of land with all the required communications and railway communication was allocated for the construction. The launch of the plant was originally planned in late 2017. However, the timing had to be slightly shifted and now the commissioning of the new plant is scheduled for the first quarter of 2018. 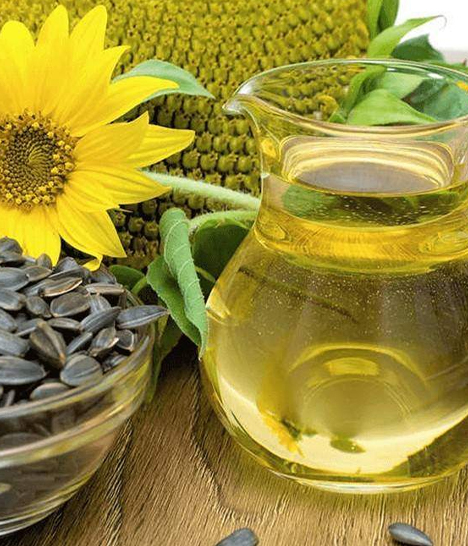 The new oil extraction plant is a single set of workshops and support units that provides the opportunity to process sunflower seeds and other crops. The operation of the plant includes a full cycle of oilseeds processing: from reception, storage, pre-preparation of seeds to full purification and subsequent packaging of finished products. The modern extraction line will increase the yield of oil by 10% in comparison with the press technology of oil extraction. At the output, we will get a sunflower meal containing a higher percentage of crude protein (38%) instead of the oil cake while the percentage of raw fat is much less (1-2%) and the residual oil content does not exceed 0.5-1%. With the launch of a new plant for production and marketing, only the cake will remain, the cost of which in the domestic and foreign markets is traditionally higher by 15-20%. The successful location of the plant, in the center of the areas where sunflower is traditionally grown, gives a weighty advantage in the availability of raw materials. Actually these factors plus many years of experience enable us to confidently talk about competition with such big players as Kernel, Glencore or Cargill.

Innovation of the technological solutions of the new mining and metallurgical complex of “Agroliga” Group will be determined by the following factors:

The main advantages of our mining and metallurgical plant are variability of processing volumes, high levels of automation and technological equipment, the ability to work with different crops, and a short logistics route for the delivery of raw materials. After the launch of the plant, the market share of the sunflower oil market in the Kharkov region will reach 10-12%.